They say time sure flies when you’re having fun, and that couldn’t be more true with the past 15 years at the High Rock Cafe! Our restaurant has grown and changed greatly since we opened the doors in 2004. Justin and Wade started out when they were just 22 years old, with a small menu, plastic utensils and a staff of just the two of them that first summer. Now 15 years later, they’re running a thriving full-service restaurant with over 40 employees! 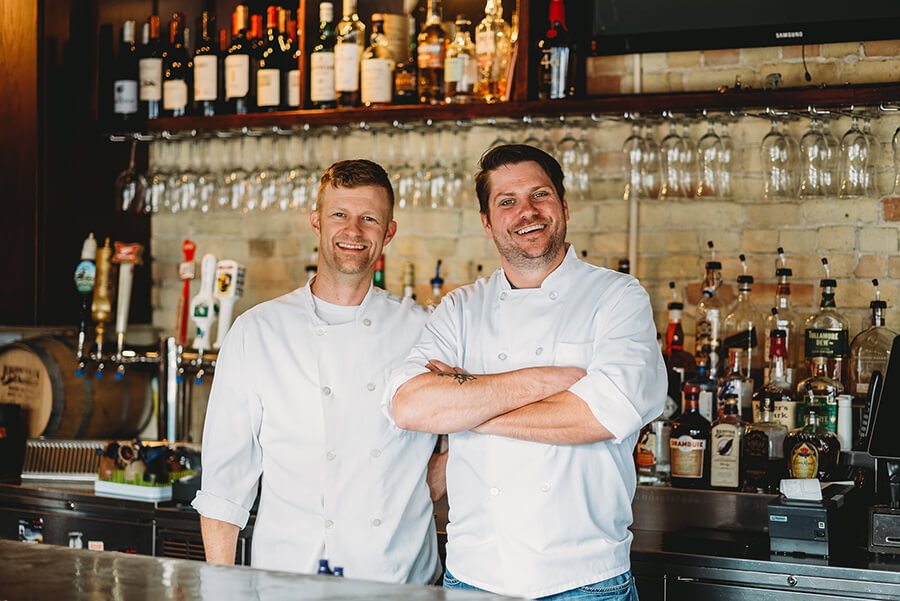 High Rock is consistently striving to bring relevance to the restaurant scene with an ever-changing eclectic menu. In the early days before Justin and Wade opened High Rock Cafe, they traveled all over the U.S. working in restaurants and gaining knowledge of dishes and flavors in places like the Florida Keys; Portland, Oregon; Tempe, Arizona and Vail, Colorado. High Rock continues to be a unique staple of the Wisconsin Dells area because it regularly bring a wide variety of flavors to an area that wouldn’t normally be exposed to them. 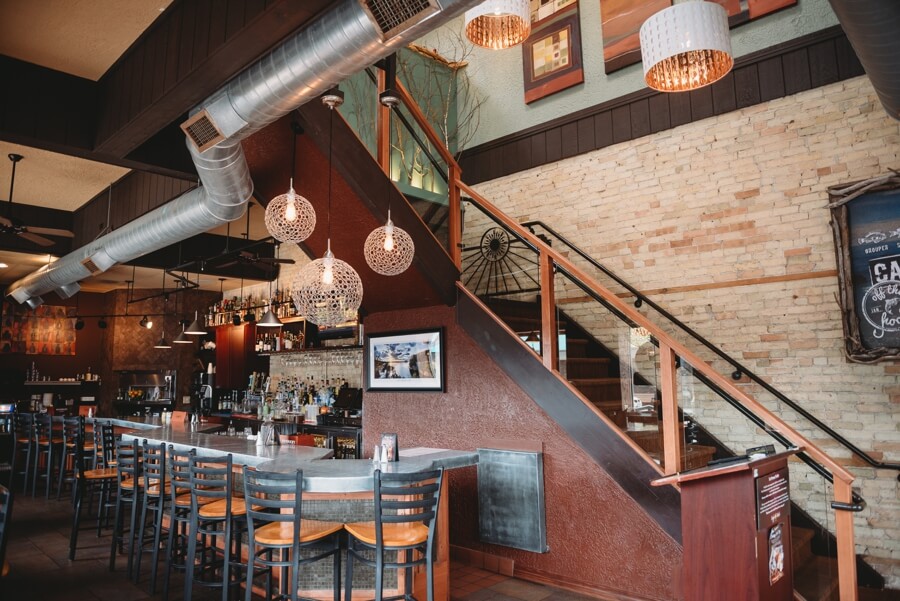 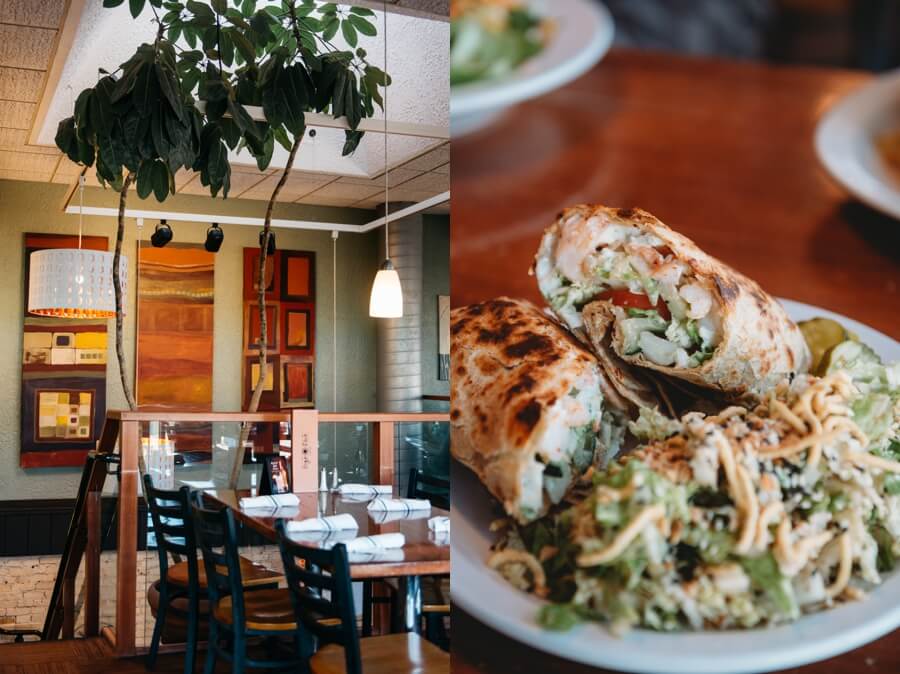 A fun fact about the building where High Rock Café is located is that it is a fourth-generation restaurant for the Drapers. Justin’s great grandfather and grandfather previously owned and operated the Dells Cafeteria restaurant in the building from the late 1940’s to the late 1970’s. Justin’s father Dennis revamped the space that gives High Rock the greenhouse feel it has today when he ran the Upper Crust restaurant in the 1980’s. Justin and Wade took ownership of the building in 2004 and in 2010 they took the space a step further with a large renovation which expanded the restaurant into the downstairs space creating more indoor seating, outdoor deck seating and a large bar area. 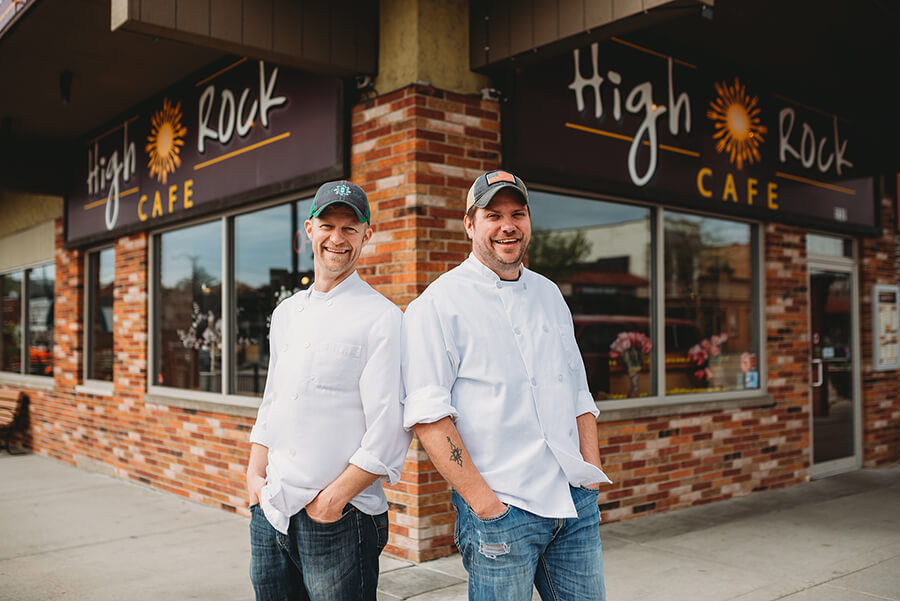 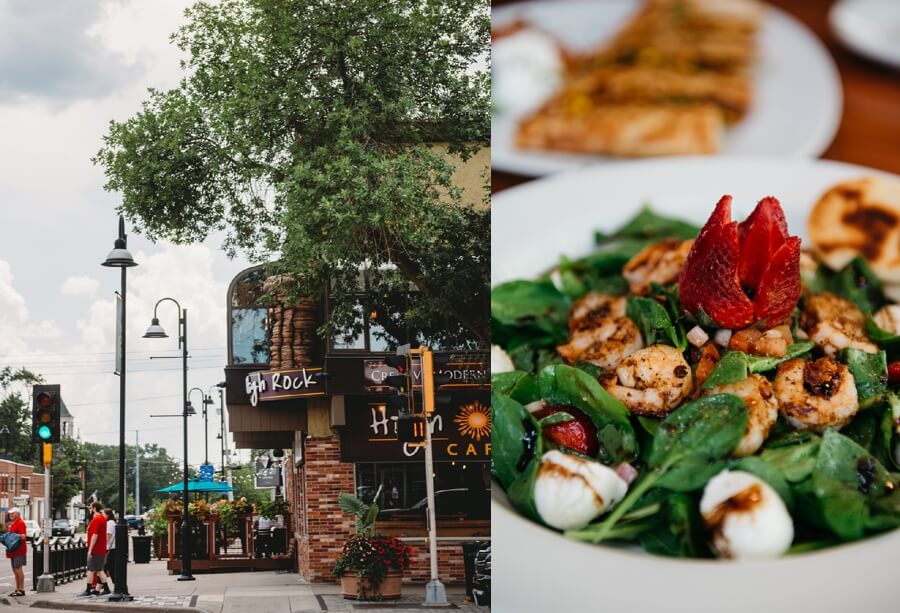 We are proud to be a staple in the Downtown Dells area, and we can’t wait to see what the evolution of food trends will bring to our menu and our guests. Cheers to the next 15 years! 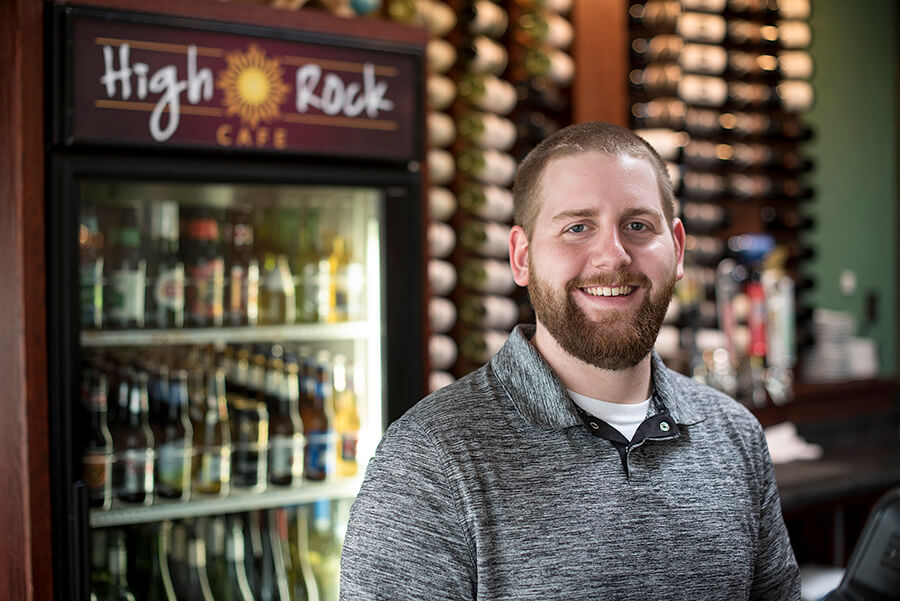 High Rock welcomes our newest employee and fresh food fanatic, Joshua Thalacker. Josh has been hired on as the restaurant manager after he recently graduated from University of Wisconsin Whitewater with a degree in General Management and all the necessary skills to make him a tasty fit for the job ahead.

This opportunity really is served up close to home because Josh graduated in 2011 from Wisconsin Dells High School and would tell you he’s “been eating this fantastic food for years.” Josh is a family man and loves to take his unbelievably adorable daughter named Nora to the Deer Park on his days off with his fiancé Stevi Sorenson. Saying we are excited does not come close to how thrilled we are to see all of Josh’s ideas unfold within the walls and beyond of High Rock Café.

Josh Thalacker comes with a distinct passion for the type of work he is doing and strives to work toward an atmosphere that allows for more stories to be told, vital memories for customers to make, and for people to be raving about more than just what happens in our kitchen for years to come. “I feel super excited and blessed to have an opportunity to work for one of my favorite restaurants in town,” he says with a huge smile on his face.  When asked what his favorite High Rock delicacy was he boasted about our favorite Rio Grande Wrap and to top that he always makes sure to ask for a side of the garlic tator tots.

The Taste of the Dells is a festival offering people an opportunity to sample dishes from the surrounding Wisconsin Dells restaurants.  Located on Elm St. this year (due to the construction on Oak St.) the tents will be open from 11am-7pm on Saturday and 11am-3pm on Sunday.

We love attending the Taste in the Dells, two years ago we won first place and last year we got 2nd.  This year we’re hoping to reclaim the title!

Come by our booth this year and enjoy our ever popular High Rock Fish Tacos and the to die for Kit Kat bar.  Then enjoy the music, games and crafts.

Saturday should be good weather, at least we hope it won’t rain!  So come on out and have some fun!
Visit the Taste of the Dells website for more information.